State Representative Gary VanDeaver recently visited campus to see how Texas A&M University-Commerce is implementing the Institute for Competency-Based Education, an initiative funded by a special appropriation of $1,487,000 that he helped pass in the 84th legislative session. This project addresses the need to find alternative, affordable ways to deliver high-quality education to students, including working adults. The university has established an institute to conduct research for the promotion of innovation that encourages online education and the development of competency-based education models.

“We are very grateful to Representative VanDeaver for his support of this visionary effort,” said A&M-Commerce President Dan R. Jones. “By creating pathways for students to earn degrees based on what they know and can do, rather than by how many hours they spend sitting in a classroom, the Institute for Competency-Based Education is leading the way to the reinvention of higher education.”

President Jones shared a university overview and Executive Director of the Competency-Based Institute Dr. Judith Sebesta unveiled the university’s plans for the institute.

Gary VanDeaver is a state representative from New Boston, Texas, and an alumnus of A&M-Commerce. He received bachelor’s, master’s and doctoral degrees from A&M-Commerce and served as superintendent of New Boston ISD before his election to the Texas House in 2014, where he represents Bowie, Lamar, Franklin, and Red River counties. 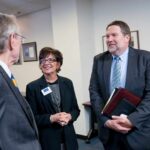 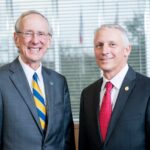 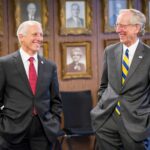 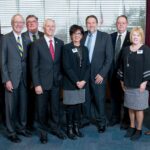